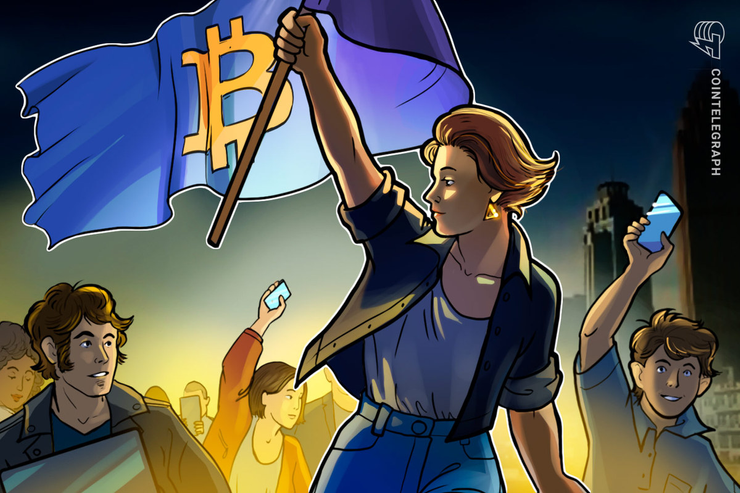 Cathie Wood, the founder & CEO of ARK Invest has a sit down with Forbes chairman and editor-in-chief Steve Forbes, in which they discussed, among other themes, the trustworthiness of cryptocurrencies.

On Oct. 6, chairman of Forbes Media Group, Steve Forbes, joined ARK CEO Cathie Wood and ARK analyst James Wang on their most recent ARK podcast. While most of the 55-minute long podcast is dedicated to the traditional markets, towards the end, Forbes shares his views and thoughts on cryptocurrencies, in particular, Bitcoin (BTC).

Forbes calls Bitcoin “a high-tech cry for help,” due to the people’s lack of trust in traditional currencies, and points out that the challenge for Bitcoin lays in becoming a coin that is as trustworthy as gold, which has earned its status the hard way over the course of thousands of years.

Although Forbes starts out by saying that Bitcoin is under the influence of too much fluctuation — “Steak one day, dog food the next” — in the short 6-minute section where he addresses Bitcoin, Forbes shows a deep understanding of what Bitcoin is and its current and future role in the financial markets, adding:

“In the meantime, it’s performed a very important role in helping people in distressed situations around the world: getting around governments that want to control you and starve you and hurt you.”

Forbes’ views on cryptocurrency and Bitcoin in particular were quite positive, which is perhaps somewhat surprising, considering the traditional financial environment he thrives in.

Cointelegraph previously reported that another traditional financial institution, the German bank BayernLB, suggested that Bitcoin was getting ready to make a big leap forward for in 2020.

The bank published its latest research report, which stated that the forthcoming Bitcoin halving effect is yet to be factored into its current price of about $8,200 and that a “vertiginous price of around USD 90,000” might emerge in 2020.

Do Zero-Reserve Loans Make Tether Better Off Backed by Bitfinex Stock?
Tether Unseats XRP As Third-Largest Crypto, Dwarfing Its Volume 25:1
Bitcoin Investment App CEO Calls BTC a Monetary Revolution, Not a Technical One
Housing Market Indicators Suggest Recession Could Pump House Prices
Bitfinex Is Constantly Printing More Tether, None Of It Has Ever Been Burned