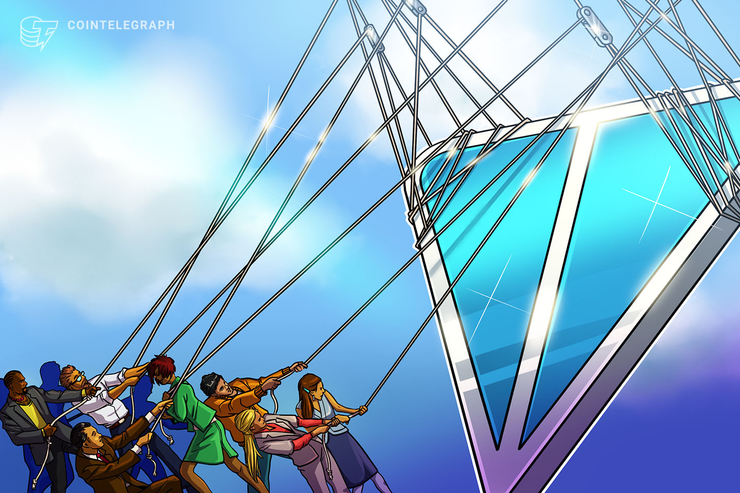 Anchorage Trust Company, a wholly-owned subsidiary of California-based Anchor Labs, will be the first entity that will enable institutional investors and organizations to hold Gram tokens at launch on Oct. 31, the company’s co-founder and president Diogo Monica announced on Oct. 7.

Not registered with the SEC

In the blog post, the firm stated that the services will be offered either through Anchorage Trust Company or Anchorage Hold that is registered as a Money Services Business.

However, the firms are not registered with the United States Securities and Exchange Commission (SEC), Monica said, adding that the services initially will not be offered to New York residents.

Anchorage Trust CEO described two major options for acquiring Gram tokens. According to Monica, investors will be able to purchase existing Grams on the open market as well as new Grams from the Telegram Open Network (TON) Reserve.

These two markets are designed to counterbalance each other and stabilize both the price and supply of Grams, the exec noted.

Citing the TON white paper, the firm also stated that the TON Reserve “will incrementally increase the price of new Grams with every Gram sold,” following an “exponentially increasing function.”

The first Gram will be priced at $0.1 and every subsequent Gram will be sold for one billionth more than the previous one, the company added.

Meanwhile, TON network is scheduled for launch in late October, as was officially announced by Telegram on Oct. 2.

According to the announcement, investors will be required to provide Telegram with a public key generated via specialized software to receive their Grams by Oct. 16.

In late September, Telegram released a wallet for Gram token in the app’s alpha version for iOS.