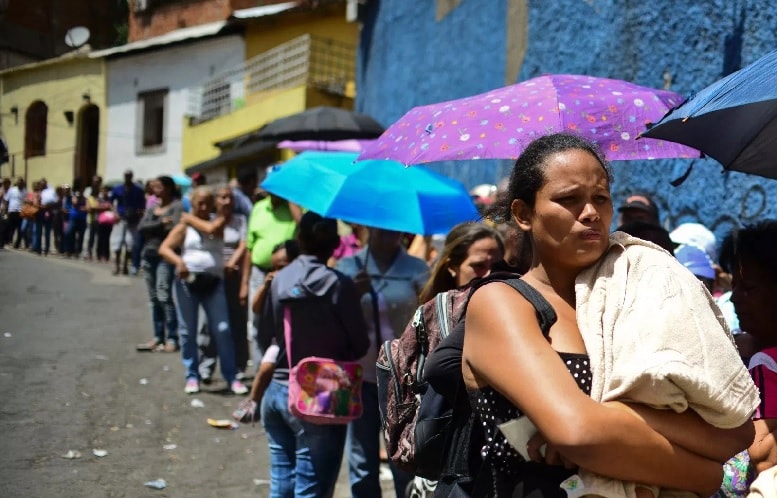 Can a Bitcoin Airdrop help the people of Venezuela? The country is considered one of the world’s most oppressive monetary states. Unfair practices implemented by its government to maintain control of its people has resulted in the following;

“severe shortages of medicines, medical supplies, and food have intensified since 2014, and weak government responses have undermined Venezuelans’ rights to health and food. Protesters have been arbitrarily detained and subject to abuse by security forces.” — as reported by The Human Rights Watch World Report in 2017.

But can cryptocurrency change all this? Developer John Wheeler is trying to make that the case.

The former bank employee turned developer is working on a new project — getting Bitcoin into the hands of Venezuelan citizens. Teaming with Morgan Crena, the pair have formed a non-profit organization called the Pale Blue Foundation which is currently working to create a Bitcoin Airdrop.

The Pale Blue Foundation, a Bitcoin Airdrop, and Azul

Through his foundation, Wheeler wants to use Bitcoin to change an economic and political crisis so severe that people can’t pay for necessities — food is in such short supply that joining lengthy food lines have become regular practice for citizens just trying to obtain the necessities. Prices for such necessities can also be exorbitant and routinely changed by the seller. There is no regulation.

Wheeler and Crena’s mission involves a supporting team who are developing a mobile app called Azul. This app will hopefully draw millions of donations which will be transferred via a Bitcoin Airdrop to citizens of Venezuela. The project began as an idea batted around on Medium, but it is starting to take real shape; now, it is drawing help from Bitcoin companies including OpenBazaar and LocalBitcoins.

But why Bitcoin? Crypto communities Zcash and Dash have also been long trying to help Venezuela in some way, but the team has focused on Bitcoin because they believe it to be the most widely available and resilient network with the ability to handle vast transactions.

“We’re focused on bitcoin because we think it’s the most viable solution with the most worldwide potential,” Wheeler said.

Bitcoin’s upcoming lightning network is also a key consideration for the technical design of the Azul App. Lightning is a layer-two technology which will solve scaling issues within the Bitcoin network, increasing transaction limits exponentially. The Pale Blue Foundation is currently in discussions with relative developers — lightning wallet developers CoinClip and the lightning startup ACINQ.

With all the technicalities behind the mission on a roll and with the necessary bodies joining the fight, the team still needs to secure the funding that’ll buy the Bitcoin to be airdropped to Venezuelans. The initial hope is to secure millions of dollars from venture capitalists and donors; believers of the cause who want to join a “large-scale collaborative mission to help people suffering from financial tyranny.”

If the Azul App and Airdrop are successful, this may be the beginning of a global effort to rescue countries facing humanitarian crises. The project is gaining momentum, but will Bitcoin be a solution for the Venezuelan people? What are your thoughts? Tell us below!