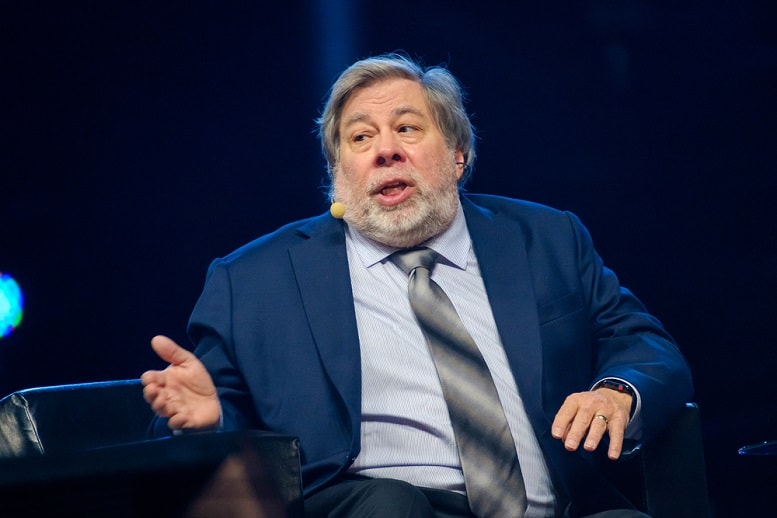 Steve Wozniak is one of the biggest Bitcoin bulls out there. He has recently stated that he hopes Bitcoin will become the world’s global economy, siding with Twitter founder Jack Dorsey who has forecasted a similar occurrence for the coin:

“I buy into what Jack Dorsey says, not that I necessarily believe it’s going to happen but because I want it to be that way, that is so pure thinking,” stated the Apple co-founder. Not only does he advocate for Bitcoin he has invested and sold some himself (and also got scammed by hackers too!)

And though, blockchain technology underpins Bitcoin and cryptocurrency in general, Wozniak has compared that hype to the dot-com Bubble warning that blockchain may be getting far ahead of itself in terms of capabilities. This feels slightly contrarian from one-half of the founders of the largest computer company in the world.

Wozniak when speaking at the NEX conference in New York yesterday, told the conference that he still believe’s blockchain technology has the potential to change multiple industries — social media’s in particular — but he feels an issue is that many eager blockchain startups will inevitably over-promise and under-deliver: “a lot of the blockchain ideas that are really good by coming out early they can burn themselves out by not being prepared to be stable in the long run.”

This is very much a parallel between the development of the internet and the blockchain industry; hype and a snowball effect that may not deliver. In the late 90’s overly ambitious tech companies made far-reaching promises that caused the dot-com bust. If we are not careful blockchain could bring about similar results.

Wozniak continued: “It was a bubble, and I feel that way about blockchain,”

>>Malta is Becoming a Blockchain Powerhouse!

Blockchain has evolved from its first primary use — recording transactions on a digital ledger without a third party needed to verify the transaction. Now it’s technology is spreading across all kinds of industry from technology to social media’s to banking. Major firms such as the Industrial and Commercial Bank of China (ICBC), Facebook, Walmart and Apple itself have confirmed they have invested into blockchain research to further develop their business. Of course, there are many more and that list is growing.

Steve Wozniak is a popular figure in the world of technology and his endorsement into Bitcoin and his own personal experiences with it make him a reliable voice for many. However, I don’t believe his concern over blockchain will stop any eager hot-headed business folk from jumping on the bandwagon.

Afterall, Wozniak survived the dot-com bubble himself, didn’t he?